I got a few games from the Steam Winter Sale. Mostly city-building/management type games, plus The Oregon Trail.

Some of the new games, in addition to a few I currently have, I need to do a bit of learning how to play them.

A few of the games I’d like to play/stream this year are:

City builders: In addition to City Skylines, I’ll play Banished, Endzone, Anno 1800, and a few others. There are more games I haven’t gotten yet, but I want. Some have a historical setting, others have a scifi/futuristic setting or a post-disaster setting. Since a few games I need to learn, there may be many game restarts as I learn new things about them. I’ve been flipflopping whether or not I want to get Surviving Mars, since several of the DLC have mixed/negative reviews. But I may at least get that game plus the Green Planet DLC because I find the idea of terraforming Mars fascinating.

The Sims 2 and 3: I have a few things I need to set up for these games, and then I want to stream them. I’m thinking of playing various households, switching around, sort of like a soap opera. I also plan to create sims of regular viewers and friends.

Persona 4 Golden/Persona 5: I never finished my first playthrough of 4, but I intend to start again from the beginning. I love this game. Hopefully later this year, after I finish 4, I’ll get 5.

Planet Coaster/Planet Zoo: I need to learn more how to play these, and get more DLC, but these look fun.

Red Dead Redemption 2: When I started earlier last year, I had difficulty with the controls and kept dying. I’m more interested in the online portion because I can create a custom character. But I worry about playing it because I’ve read stories about hackers. So I’m not yet sure about playing this. 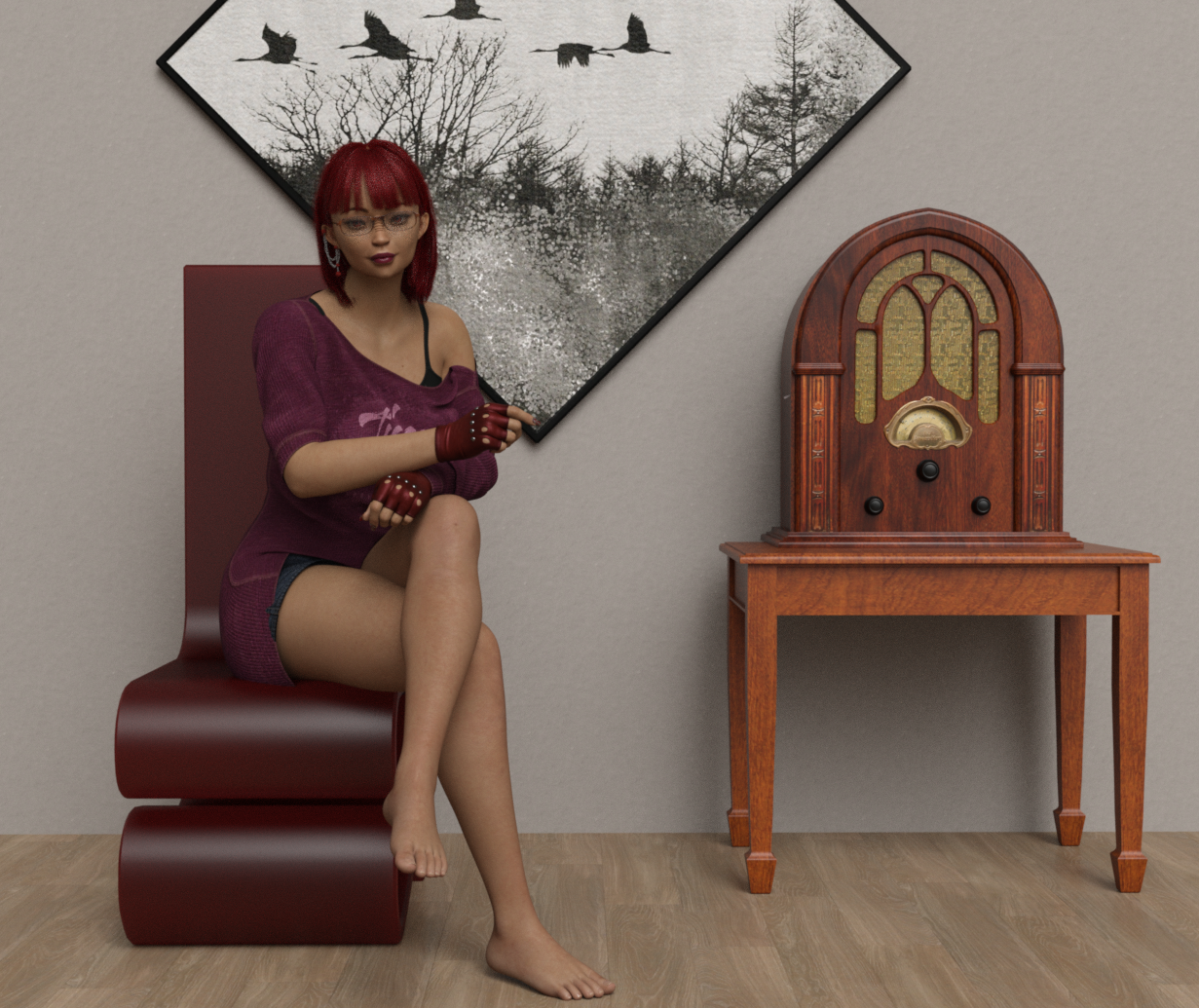 One of my goals for 2023 is to clean up the ID3 tags of my old time radio shows, particularly the shows I stream. What I usually do is the following:

99% of my tracks have the artist and tracks filled correctly. For the album field, I’ve been lax on filling those fields. My goal for this year is to get everything filled correctly. This may not seem important, but it looks nicer to me.

I’ve been transitioning the schedule, moving certain shows around. This is my eventual schedule goal, which may change again later. All times are Central US time zone, which is currently GMT -6.

I’m not quite there yet, and some things may change. We’ll see how things go over time. I also may add Jean Shepherd broadcasts late at night also. It’s not exactly old time radio, but it may be some interesting listening for some.

It’s the end of 2022. I didn’t accomplish everything I planned for this year, but I managed a little.

I had intended on regular streaming, but I did stream a little. There were real life distractions among other things (which I won’t go into.)

I did get a good gaming laptop a few months ago, and I will have an external GPU in the next few days. I’m hoping this will motivate me to stream more games in 2023. My goal for 2023 is to have a regular weekly streaming schedule, hopefully by the latter half of the year.

As far as gaming, I’ve been looking at quite a few city building games, and that’s making me want to focus on that genre of games. There are a few games outside this genre that I like as well.

I’d like to start using my Youtube account for clips from my Twitch gaming. I plan to investigate video editing software soon. Something not too expensive. Mostly I want to be able to clip sections of videos, and add text when necessary.

After recent shenanigans on the bird app, I’m planning to focus my content on my website. I’ll probably use Twitter much less over time, and Mastodon more. I’m still learning how to use Mastodon, so eventually I’ll figure what I want to do with it.

I’m going to transition my model posting from Twitter to Instagram (temporarily). At some point, I’d like to have a section of the website for my pics. I’m thinking Coppermine if it’s good software. I used it many years ago for my Atsuko Inaba photocard scans and liked it.

The Evolution of My Virtual Self

My virtual idol/modelling journey began in May 2021. At that time, I wasn’t even considering this path. I was looking for something to use to represent myself online. At first, I was considering games that allow character customization, such as Sims 4.

I don’t remember how I stumbled across Daz Studio. But it was free. Also, I felt intimidated at first because I knew nothing about 3d modeling, and I thought I would have to do everything from scratch. But then I noticed the official store, and another site, that offered characters and assets. Some were free, others cost money.

I started with a few free items, playing around, not even sure I would stick with the software. As I continued with it, I was drawn into it more and more. I began to realize this was what I wanted.

Soon after, I had an idea. Not only could I use this to create my online persona, I could become an idol. Self-proclaimed of course, but this could be fun. Even though I’m unable to speak or sing, I could be an idol to inspire others. I also decided to call myself a model.

My virtual persona continued to evolve as I learned some of the software, and as I found more assets to modify my look. My look changed often, especially during the first few months. It still changes recently, but it’s a bit more subtle as things stabilized.

The one constant to all this was the base model. It was based on the latest free character, called Genesis 8.1. That’s version 8.1 of a figure called Genesis. Genesis 8/8.1 has been around a few years. Here is a current render of my persona. 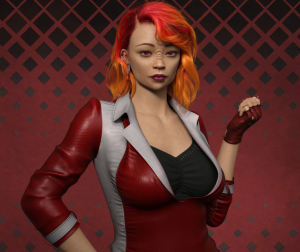 A couple of months ago, a new version was released, called Genesis 9. The collection of assets are much smaller at the moment, but a positive thing is much of the assets made for 8/8.1 work for version 9. So I can use my current clothing and hair for this new figure.

I’ve started working on my G9 look. I want to try to get it as close as my G8 look, but it won’t be a perfect match. Here is what I have so far. 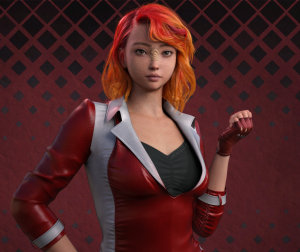 As I look at this render, I quite like it. I may still make a few minor alterations, but it’s looking rather gorgeous. I need to get the nose graft containing the Bajoran ridges to match the rest of the skin color, and a few morphs, and a converter for earlier poses, and I should be about ready to transition to v-Seta 2.0.

Last year I said I would start blogging again here. But I didn’t. Oops.

Let’s try again, shall we?

Well, it’s certainly been an interesting month so far. That person took over Twitter and now doesn’t even know what he’s doing. So much chaos happening over there now.

My new plan is to diversify my presence on various sites. With this site as my hub. So if you want to know where to find me, keep an eye here. I’ll update my links in the sidebar soon.

I’m thinking about changing my site here from WordPress to a forum, but I haven’t fully decided yet. Everything is fluid at the moment. Even my presence on other sites, I’m not sure what I’ll do there. I’ll experiment, try various things, to see what works best. 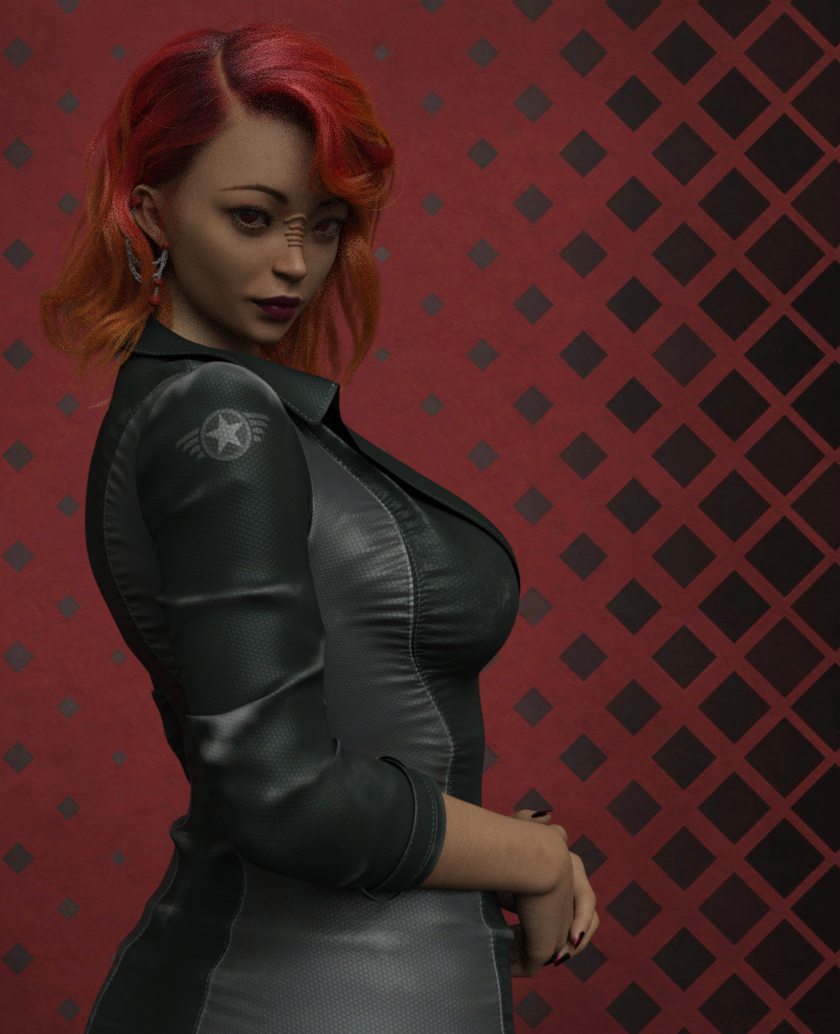 Some of the topics on this site may include: Star Trek, old time radio, Japanese pop music (including Hello! Project), history, other music from various genres or decades (my favorite decades are 1920s-1940s, and 1980s music), current events, games, and more.

A Variety of Entertainment